Earlier this year Pastor Patrick Udo from Nigeria finished his earthly struggle and was taken home by the Lord. Missionary Matthew Ude accompanied by Pastor Todd Ohlmann, chairman of the Board of Missions, flew to Nigeria at the end of June for the pur-pose of representing the CLC at Pastor Udo’s funeral. It was unfortunate that there was some miscommunication between Patrick’s family and the NCLC board, which resulted in the postponement of the funeral until mid June. Sadly, they were not able to attend the funeral, but did have a chance to meet with the family and express our sorrow, thankfulness, and joy for everything the Lord did and has now done for Patrick.

Pastor Udo is survived by his wife, an adult daughter Nsi-kan, and five young children: Ekemini (16), Daniel (14), Karen (12), Joann (7), and Jabez (3) . In order to provide some assistance to the Udo family, a memorial fund was established in memory of Pastor Udo. $5000 from the MDF was given in memorial to the family of Patrick Udo and his widow. The $5000 will be used to help defray the funeral costs and provide roofing, doors, and windows for the house that is being constructed by the immediate Udo family for Patrick’s widow and five children. Offerings for this memorial may be designated: CLC-MDF Patrick Udo Memorial. 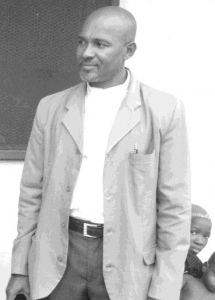 On arrival in Nigeria, many of the Nigerian men were well remembered by Pastor Ohlmann, even as some of them re-membered him. In particular, Todd remem-bered Pastor Godwyn. On his last visit, Godwyn made the comment to Pastor Ohlmann, “People come once and then never come again.” They were both glad that this was not true in Pastor Ohlmann’s case.

In Port Harcourt, a city known for its access to oil and its corruption, a small group of NCLC members have been trying to establish a permanent church for many years. Recently, the Lord granted them the opportunity to begin building on a small piece of land. 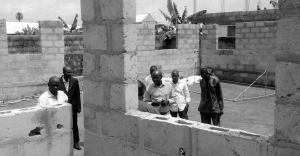 In the village of Efa, the American pastors were surprised to find four students studying at the Bible Institute where they only expected two. Joel Effiong Antai and Godwyn Friday Ndak both joined the school at the beginning of the year.

On their way to Nigeria, Pastor Ohlmann and Missionary Ude stopped in Togo. Here for the first time Pastor Ohlmann met face to face with Pastor Kossi Blewu. Although married both legally and according to Togolese custom, Kossi and his wife never had the opportunity for a formal church wedding. Understanding the im-portance of God in a marriage, Kossi was eager to have a religious ceremony. So it was with great joy that the whole church at Vala-pariso celebrated as Missionary Ude officiated at the wedding ser-vice. After the service, there was a celebratory banquet with noo-dles and salad. Kossi was eager for this opportunity not only for his own sake, but to be an example to his members and show them the importance of a wedding in the presence of God. 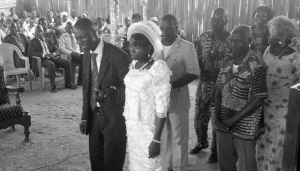 Kossi and his wife at their wedding

Over the next couple of days, Pastor Ohlmann and Mis-sionary Ude were able to visit most of the four separate congrega-tions, which Kossi has planted in Lome and in nearby villages. It was a great opportunity for Pastor Ohlmann who had read many reports but didn’t understand the full extent of how much work Kossi is doing in Togo.

It is Kossi’s sincerest wish to get to a point where he can quit his day job at a local school and dedicate his time and talents to the service of the Lord. For this purpose he would like us to remem-ber him in our prayers.

The additional students, the progress on the building in Port Harcourt and the increasing work in Togo are all cause for thankful prayers to our Father. We rejoice in our prayers with these men and ask the Father where He has given He may yet give more, grace upon grace. We remember the family of Patrick Udo and pray that the Lord will give them strength and comfort, even as we ask that the Lord would remember the NCLC and provide it with strong faithful leaders.