SUMMARY: It is common in our day to hear claims that Christian teachings and holidays aren’t Christian at all but are merely rewrapped pagan teaching and holidays. Such claims are often accompanied by phrases such as “the earliest church fathers . . .” or “experts agree.” Because of this even many Christians believe these claims.  In reality most of these anti-Christian claims are poorly researched and are based on one or two misunderstood or misquoted references.

In this first article in the series Pastor Joseph Abrahamson shows that all historical evidence indicates that the date of Christmas has always been Dec 25th. That date was not stolen from any pagan holidays. And that the commonly held idea that Christ was born in the spring comes from a misunderstanding of the Greek work “genesis.” 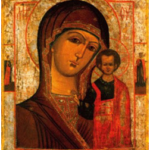 Editor’s Note: The following is the first in a series of article written by Pastor Joseph Abrahamson. The articles are copied from https://steadfastlutherans.org/tag/redeeming-holy-days-from-pagan-lies/

So let us start with the date of Christmas celebration. We will look at two early documents from two Church Fathers, Clement of Alexandria and Hippolytus of Rome. Both of these wrote around the year 200 AD. They both put the date for the celebration of Christ’s birth at December 25th in our calendar. Some of the following is a bit technical. I apologize for this. But I think it is necessary for readers to have access to these resources and the arguments so they can understand what took place and correct the inaccuracies about when Christmas was first celebrated on December 25th.

When did the earliest Christians date the birth of Christ at December 25th?

The tradition of celebrating the Nativity of Christ on December 25th or January 6th was spread all across Europe, Africa, and Asia in the early Church. And the tradition was consistent. There was a difference between the Eastern Orthodox Christians and the Western Christians on which day should be emphasized. Should the Christian Church primarily celebrate the birth of Christ on December 25th, when His birth was announced to the people of Israel, or on January 6th when the Gentile Wise men, or Magai, visited him? Both days are celebrated in the Eastern and the Western Church. The Eastern Orthodox Church celebrates January 6th as the Baptism of Jesus rather than the visitation of the Wise Men. But both days were based on the early Church figuring from Scripture that Jesus was conceived in the spring of the year at the time of the full moon of Passover.

The early Church emphasized March 25th the Festival of the Annunciation as the Incarnation of Christ. The old Catholic Encyclopedia is inaccurate in stating:

“The present date of the feast (25 March) depends upon the date of the older feast of Christmas.” [Holwek 1907]

The textual evidence from the early Church Fathers indicates the opposite.

In recent times there have been several helpful articles published on this topic. This article is indebted to Andrew McGowan’s article for Biblical Archaeology Review “How December 25 Became Christmas”, T. C. Schmidt’s wonderful work, and Roger Pearse’s work.

So, the question is, how early did the Church recognize December 25th as the Birth of Christ?

Before the year 200 AD writers in the Church had established several possible dates. These dates were based on the traditional understandings of when the world was created, the biblical texts, and some very complicated calculations involving solar and lunar calendars from different cultures. But by the time Clement of Alexandria wrote his “Stromata” during the period 193-215 AD: Clement wrote. [Stromata 1.21.145-146 ]

From the birth of Christ, therefore,
to the death of Commodus are, altogether,
194 years, 1 month, 13 days.
And there are those who have determined
our Savior’s genesis
not only the year,
but even the day, which they say took place
in the twenty-eighth year of Augustus
on the 25th of Pachon…

Indeed, others say
that he came to be on the 24th or 25th of Pharmuthi.”

The important line is  “our Savior’s genesis.” The month of Pachon in the Egyptian calendar at that time corresponded to March in the Julian Calendar.

Christ’s genesis, or conception on the 25th of Pachon was in what our calendar would equate with March 25th. The celebration of Christ’s birth would be nine months later: December 25th, in our calendar. ANF 2:333 translates “birth” rather than “conception”. The translation of “genesis” as conception is consistent with Clement’s usage of this word in other contexts, for example:

“It is not therefore frequent intercourse by the parents, but the reception of it [the seed] in the womb which corresponds with genesis.” (Clement of Alexandria Stromata 3.12.83.2)

For more information on the interpretation of the greek “genesei” as “conception” see https://chronicon.net/blog/chronology/hippolytus-and-the-original-date-of-christmas/

This first evidence from Clement of Alexandria Egypt strongly suggests that before his writing the Stromata there were people in the Church who had already fixed December 25th as the birth of Christ.

Between the years 202 and 211 A.D. the Church Father Hippolytus wrote in his Commentary on Daniel (section 4.23.3) about the date of the birth of Christ.

For the first advent of our Lord in the flesh,
when he was born in Bethlehem,
which happened eight days before the kalends
of January [December 25th],
on the 4th day of the week [Wednesday],
while Augustus was reigning
in his forty-second year,
but from Adam five thousand
and five hundred years.
He suffered in the thirty third year,
8 days before the kalends of April [March 25th],
the Day of Preparation
the fifteenth year of Tiberius Caesaer

This evidence from Hippolytus of Rome shows that by the end of the 2nd century, the same era as Clement of Alexandria, Christians in Europe as well as Africa recognized December 25th as the date of Christ’s birth.

The fact that December 25th had been established for Christ’s birth by the end of the 2nd century is important for refuting claims made by modern pagans and others about Yule and Sol Invictus which we will cover in future articles.

We’ll look at them as we have opportunity in the next few articles on the date and traditions of Christmas.

We’ll need to look at claims about Sol Invictus, the Winter Solstice, and Yule. For traditions we hope to cover Christmas Trees, Santa Claus, Caroling, and things associated today with Yule like mistletoe, Yule Logs, and the 12 Days of Christmas.

Reprinted with permission from SteadfastLutherans.org.

Greetings in the name of our Savior Jesus, who became flesh and dwelt among us that we might live with Him forever in the glory of Paradise.

In his epistle to the Romans the Apostle Paul writes about the importance of proclaiming the gospel of forgiveness in Christ: “Everyone who calls on the name of the Lord will be saved. How, then, can they call on the one they have not believed in? And how can they believe in the one of whom they have not heard? And how can they hear without someone preaching to them? And how can they preach unless they are sent? As it is written, ‘How beautiful are the feet of those who bring good news!’” (Rom. 10:13-15).

For the past ten years Pastor Matthew Ude has been proclaiming the gospel good news as a CLC missionary. He has been instructing and training many in your body that they, too, may carry the name of Jesus to souls redeemed by His blood. I am sure you join me in thanking the Lord of the Church for Pastor Ude’s loving and faithful service.

We now have added cause for praise to the Lord for providing another set of feet to carry the gospel forward. Pastor Todd Ohlmann, whom you know as chairman of the CLC Board of Missions, has accepted a call to serve as CLC traveling missionary. Along with Missionary Peter Evensen, Pastor Ohlmann will be working with you to encourage and equip you with the saving Word of our Lord. We pray that you will welcome and receive him as an ambassador for Christ and that through our joint work, the news of the Word-Made-Flesh, who died that all might live through Him, will draw many more souls into the Lord’s kingdom in these last days before He returns to take us home to Himself.

Yours in Jesus’ name,