History and Background of the LCLC 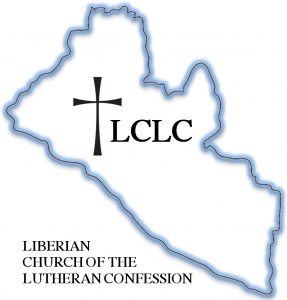 Alvin Jask, a layman from Liberia, contacted Grace Lutheran Church, Fridley, MN, in March of 2010, seeking a Lutheran church here in America. Through instruction, Alvin was baptized as an adult and joined Grace. Following his instruction, Alvin has been eager to share his faith with people in Liberia, generating a lot of contacts with pastors and laypeople who are now interested in the Scriptural doctrine of the CLC.

In November of 2015, Pastor John Hein of Grace Lutheran Church made a trip to investigate some of the opportunities in Liberia. He made contacts in the Monrovia and Bopolu areas. Missionary Emeritus David Koenig joined Pastor Hein later during the trip. The two conducted a three-day seminar about God’s Word. Around 55 contacts participated, including several pastors.

On the trip, visits were also made to two schools. One was to CAFOL (Children Against Forced Labor) which is led by Pastor Samuel Cheneken who doesn’t have a church but is interested in helping children who were impacted by the loss of parents during the civil war and more recently by Ebola. There are 361 children in his grade school. A visit was also made to what would become Grace Lutheran School, (originally Image of God Ministries) led by Pastor Alfred Kollie, a school of about 50 children who attend his church.

Alvin Jask, a layman, provides facilities for use of conducting classes and seminars.

Scope and Focus of Ministry

There are currently two areas of focus: the Monrovia area and the Bopolu area. Pastor Joseph Kwiwalazu conducts doctrinal classes with a group of pastors, teachers, and evangelists in both areas. There are also exploratory efforts being made in the north-most county of Lofa, along with Guinea.

After successfully completing a colloquy with Pastor Joseph Kwiwalazu, President Eichstadt declared fellowship with him and his congregation, Grace Evangelistic Lutheran Church, on the day of the 500th anniversary of the Lutheran Reformation. This group is located in Paynesville, a suburb of Monro- via, the capital city of Liberia. In November 2017 Missionaries John Hein and David Koenig met with a group of 11 people in the Monrovia area, including pastors, teachers, evangelists, and lay leaders, with whom Pastor Kwiwalazu completed doctrinal instruction over a year’s time. This group successfully completed the colloquy.

In November 2017 two different seminars were conducted to generate new contacts, in Monrovia and in the remote area of Bopolu where there has not been much contact with missionaries and there is a thirst for orthodox Biblical instruction. In addition, an exploratory mission trip was made to the north-most county of Liberia called Lofa, Missionary Hein and Pastor Kwiwalazu meeting with various pastors about the CLC.

Recently Pastor Kwiwalazu has made two different exploratory trips to Guinea, just north of Liberia, since there are some contacts there who are Liberian refugees.

The initial group of people in Monrovia who passed the colloquy is now in the stage of organiz- ing a church body called Liberian Church of the Lutheran Confession (LCLC), meeting regularly to formulate a constitution and to discuss various church customs in that they wish to have continuity in their newly formed church body.

Pastor Kwiwalazu is beginning doctrinal classes with pastors, teachers, and evangelists in the Monrovia area, most of whom attended the November 2017 seminar. He is also about to begin doctrinal classes in Bopolu as the interest there is growing. In addition, Pastor Kwiwalazu is in initial doctrinal discussions with a pastor in Guinea. There is a young man there, Christian Sannah, who is eager about the CLC’s presence in Guinea.

In Monrovia, Pastor Samuel Chenekin, who operates a large elementary school for children who are mostly disadvantaged, is now attempting to begin a congregation so that his school can have a church connection. This is part of the attempt to organize as a church body.