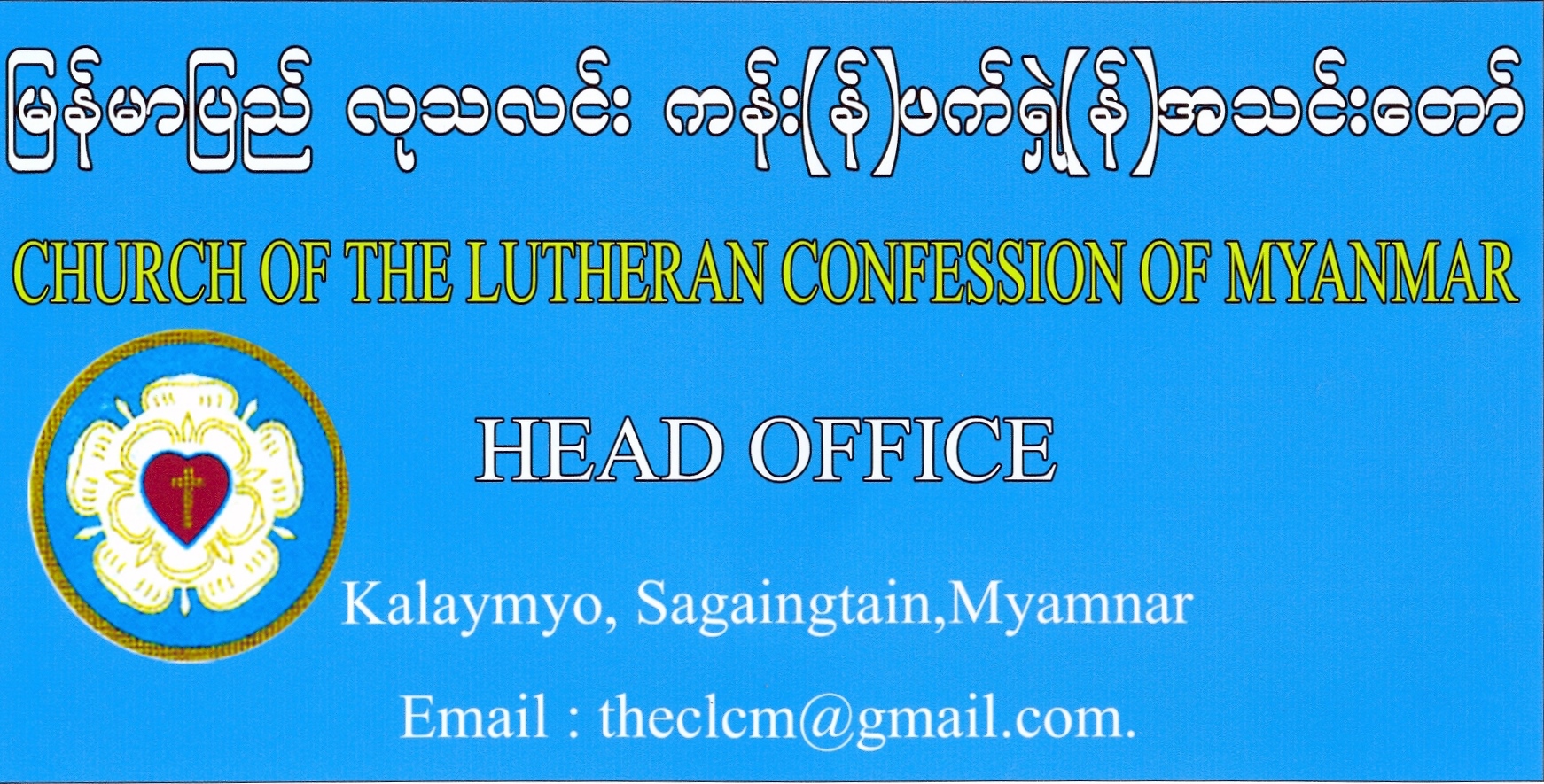 Extensive correspondence was carried on by the Secretary of the Mission Board, Pastor Ohlmann with the Upper Myanmar Evangelical Lutheran Church beginning in February and carrying on into the Spring. It was proposed to have a visitation by CLC representatives to the UMELC. This was approved at a June meeting of the Mission Board.

October – A visitation was carried out to the UMELC by Mission Board member Larry Hansen, Mark Bohde(missionary in Thailand) and David Koenig. A two day seminar was held with attendance at 70-80. The executive committee of fifteen men was met with as well as having disussions with individuals. It would appear that we are in agreement on the Word. We are making plans as to how we can continue the contact and see how we can assist the UMELC.

The church has formally changed its name to the CLCM. A formal letter of application for fellowship with the CLC has been forwarded to the President. Possible questions on teachings were answered very satisfactority during a visitation by M. Bohde and D. Koenig in November. A three day seminar was held attended by 66 registered men and all 56 congregations were represented by at least one man. Translation work and printing continues to allow all pastors and elders to have our teachings in print before them. The catechism has been distributed throughout the church. A motorcycle was given to the President of the CLCM to allow him to travel to the churches more easily. Land is being investigated as a site for a church, offices, housing and classroom. One of the evangelists is working among Burmese soldiers at a military camp. What a joy to see the outreach and the receptivity of these people to the pure Word.

The CLC-USA at their Jubilee Convention in June declared fellowship with the CLCM. Our prayers are for a growing relationship to work together to spread the Word. Pastor Koenig was present in the country for two weeks in November. A four day seminar was held in Kalay with over 80 participating. All congregations were represented. Meeting with the Executive Committee a number of items were discussed on how we can help. We continue to pray and work toward the purchase of land in Kalay that can serve as a site for: a church bldg., housing for Pastors Thang and Kham and families, a room where teaching can go on of men interested in the ministry of the CLCM. An opportunity arose to conduct a two day seminar in Yangon on what the Lutheran church teaches. Pastor Edwards there was interested in learning more about the CLC and giving the people information on Lutherans. Over 40 attended.

Land was purchased with help from the CLC on which to begin to build a church and other buildings. Pastor Kham was able to attend the Joint Asian English Pastoral Conf. in Chennai, India Oct. 13-14 representing the CLCM. Pastor Koenig in the country for two weeks and able to conduct a four day seminar from Dec. 5-8 at Kalay. Mark and Carlton Bohde planned to come, but did not obtain visas.  Meetings were also held with the executive comm.of 17 men on a variety of subjects.

2013
The Pastors Thang and Kham attended the Joint Asian English Conf. on Oct. 9-11 with Pastor Kham chairing the rotating chairmanship. Pastor Charles Edwards from Yangon also attended as he has applied for fellowship with the CLC for his National Lutheran Church. Extensive correspondence has been carried on after face to face visits during the last visitation in February.
A four day seminar was held at Kalay with 80-90 attending. The executive committee met also on a variety of issues.