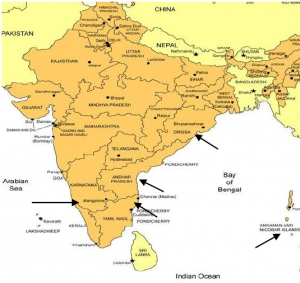 We thank the Lord and the representatives of the CLC in convention and the Board of Missions for the support of new outreach. With the increased budget approved by the Convention, 174 men are in studies with our seven district chairmen. Pastor Ude and I teach some in those new studies, though the responsibility of teaching those men that they might be in agreement with us and then in fellowship lies with the chairmen. It is a joy to be able to teach the Word to these men who are eager to learn. We offer a depth of teachings and a breadth that they cannot get otherwise. It is not because of any offer of money or other possible inducements that prompts these men. If any of them might have that in the back of their minds, they are promptly disabused of that notion. There will be some who will leave the studies, but if the past is any indication, most will continue and be in fellowship with us. After these men agree, our push will be to get the catechism (which they have to take examinations on) into their congregations in their own language.

Pastor Ude is in charge of the new study in the large city of Bangalore. Pastor Moses teaches there also. We pray that the 40 men in this study (which is beyond the 174 already mentioned) will become a new district, adding a 17th to the present 16. Bangalore is the electronics capital of India. It is in the state of Karnataka. We work so far in the states of Andhra Pradesh and Tamil Nadu and the territory of the Nicobar and Andaman Islands.

Pastor Deepak and I work in the new area of Odisha State (formerly Orissa). What follows is from a recent report to the Board of Missions on our work there in February.

“Deepak arrived before my ten days and stayed after also to work there on contacts. I reiterate that we are not establishing any district up there, but only having the seminars to explore and see what might be done in the future.

I taught on: Jesus in the OT – Search the Scriptures (OT) for they testify of Him, Baptism – especially zeroing in above all on it being a means of grace with the power of God’s Word, that little children should be baptized and that the three forms of applying water are permissible, The Position of Women in the Church, Certain Principles of Bible Interpretation. Baptism and Women… papers where translated by Deepak, printed and handed out with extra copies also. We had no arguments on anything. There was a good reception of our Bible-based positions and that this they do not get where they are. Deepak heard these kinds of comments from the men. All the men who attended were pastors or preachers except ten young men in one place who want to go for theological study to be pastors. Oh, for the chance to swoop them up and begin it with them!

Our attendance this year was down from last year (first number was last year followed by this year’s): Bubaneshwar 104 –51, Nuagaon 130 – 57, M. Rampur 111 – 65. One obvious possibility is that those who did not agree with us did not come. A factor for Bubaneshwar was that there was a two day state wide strike that may have prevented some men from coming a distance by public transport. Deepak said some men did not get notification as he had asked locals to get the word out. Several men did not come due to deaths in the congregations and a bus bringing some broke down. All told despite the devil’s attempt’s at stifling the Word it went forth. This year also the devil was inveigling some local officials to require bribes. It was not a problem at Bubaneshwar but was in the other two places. We were not violating the anti-conversion law that is in effect in Odisha state as we were not holding open air meetings, but meeting with pastors to teach them. Deepak and local pastors handled this situation. Greed is a mighty motive on the part of some local officials. In the next requisition there is the amount of $200 for bribes.

Pastor Deepak is busy translating another couple pamphlets on our doctrinal positions to take for the men in the next seminar.