Pastor Nathanael Mayhew Beginning this year Pastor Mayhew will replace Pastor Koenig in the visitations to East Africa. I was glad to be able to work with our brethren in East Africa and pray that Pastor Mayhew will be given by our Lord the wisdom and strength to carry on this joyful task. The mission board’s decision on this has obvious benefits to our brothers in East Africa. Pastor Mayhew is considerably younger than I am and will certainly have the stamina to speed on with the Gospel. 2 Thess. 3:1 He will also devote his time completely to this work in East Africa, while I had to divide my attention between India and Africa. I am sure as time passes we will see other blessings come forth from this change also. Pastor Mayhew will represent the mission board to our sister churches and seek to visit and work at least one month each year. A meeting will be held in June by the mission board on the East African work with Pastor Mayhew. If any of the brothers in Kenya and Tanzania have questions now in preparation for this meeting, they should be addressed to Pastor Mayhew. He also now begins as the correspondent for: Etago CLC, Nairobi CLC, LCEA, CLCEA. God bless His work and crown all our efforts with success. His email is ndmayhew [at] juno [dot] com

Quiz: WHY (The answers are below)

Ah, the Ladies God Bless ‘Em – Ann Hasseltine Judson
(Part 2 of 4)
Some years ago several of us had the opportunity to go on a mission trips with Pastor Bohde in Thailand. In addition to going over to China we went to a refugee camp of the Karen tribe who came across from Burma to Thailand. There are maybe 1.2 million Karen in Burma(Myanmar) and 300,000 in Thailand. If you mention the name of Adoniram Judson to these Karen, they will likely know it. The large number of Karen who are Baptists today dates back to Judson’s work in the early 1800’s. Adoniram Judson was the first American foreign missionary. And accompanying him was Ann Hasseltine Judson(1789-1826). A good wife who can find? She is far more precious than jewels. Solomon knew what he was putting down in Proverbs what with his problems with women. Adnoniram Judson found the good wife in Ann. Adoniram Judson wrote to his father-in-law in asking for the hand of his daughter, “I have now to ask whether you can consent to part with your daughter early next spring, to see her no more in this world; whether you can consent to her departure to a heathen land and her subjection to the hardships and sufferings of a missionary life; whether you can consent to her exposure to the dangers of the ocean, to the fatal influence of the southern climate of India, to every kind of want and distress, to degradation, insult, persecution, and perhaps a violent death. Can you consent to all this, for the sake of Him who left His heavenly home and died for her and for you?” This all happened to her except the violent death, though death was relatively at an early age, 37. Ann wanted to marry a missionary and she did. Even though she was from a well-to-do family in high society, she wanted to help to spread the precious Good News of the Savior to foreign lands. In 1812 when war was coming to America they left as emissaries of the Prince of Peace to the Far East. Finally, they began work in Burma. She formed a society of women which met on Sunday and prayed and read Scripture. Among her literary work she produced a catechism. Having learned the Burmese and Siamese languages with her husband she was a valuable assistant in translation. Among the various ways in which she showed her love for the Burmese was in teaching a girls’ school. She saw these children and women as ones who needed the Shepherd’s guidance. The most trying time for her was not just the cholera, smallpox, spotted fever and liver problems. It was when her husband was imprisoned at the outbreak of war between Burma and the British. Though they were Americans they were treated as spies for the British. As her husband went off to prison for 18 months all furniture and clothes was taken from their house. Guards were posted at her house treating her roughly. As our Lord has beckoned us to take up our cross and follow Him, she did. The very poignant picture we have of her is going to the prison and pleading for her husband over and over. She would come with her baby in arms and with an adopted native child at her side. The prison did not provide food, so she had to get that and bring it to him. The Burmese moved Judson and she had to trek after him many miles to another prison. She wrote, “How dark, how intricate the providence which now surrounds us! Yet it becomes us to be still and know that He is God who has thus ordered our circumstances.” This is what we call faith. She stood by her man through these long months until his release. When her husband was imprisoned, she not only helped him but her loving concern went to other prisoners. One wrote the following, “Mrs. Judson was the author of those eloquent and forcible appeals to the government, which prepared them by degrees for submission to terms of peace .. And while on this subject, the overflowings of grateful feelings, on behalf of myself and fellow prisoners, compel me to add a tribute of public thanks to that amiable and humane female, who, though living at a distance of two miles from our prison, without any means of conveyance, and very feeble in health, forgot her own comfort and infirmity, and almost every day visited us, sought out and administered to our wants and contributed in every way to alleviate our misery.” She went to be with the Lord not too long after the prison time of her husband. The world looks at a woman like this with shaking heads and wonders what makes her tick. We know. She knew her Savior and His great love. The anniversary of her birth is approaching, October 24th. Why not take a little time on that day and thank God for faithful women like Ann and pray He raises up more. And when next you hear about the Myanmar military junta persecuting the Buddhist priests, remember in your prayers the Karen Christians who are also persecuted. As they did it to the wood when it was green so when it is dry.

Quiz- Answers to Why

Fifth of Armor of God in an attachment 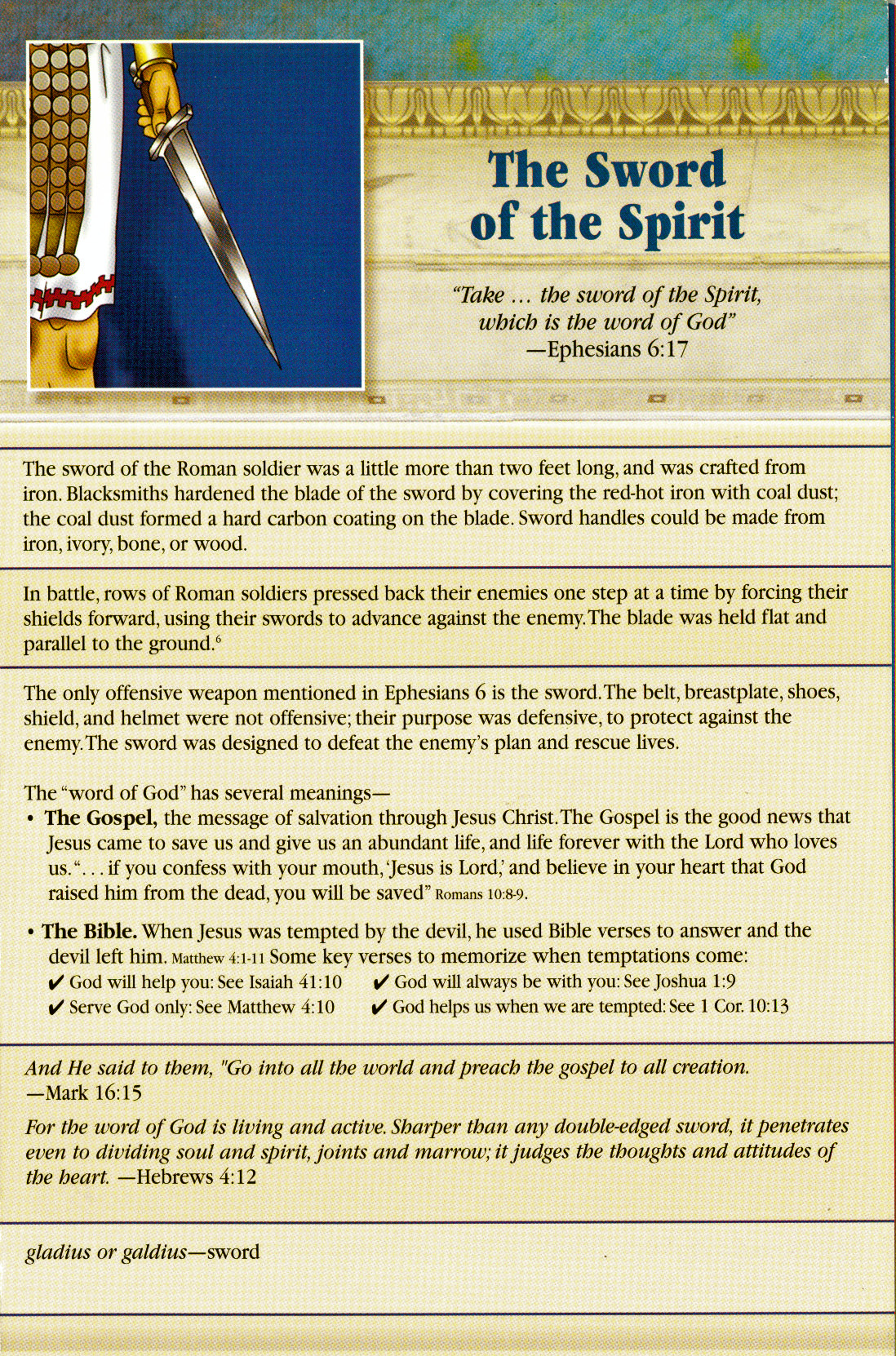