A copy of the Augsburg Confession can be found at https://clclutheran.org/atlanta/bibleclass/bookofconcord/augsburgconfessiondocument.html 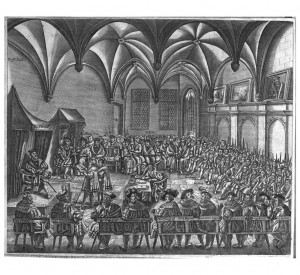 The Augsburg Confession is probably the most familiar and most widely used of all the particular confessions of the Lutheran Church. It can be found printed in the front of many Lutheran hymnals along with the three Creeds and Luther’s Small Catechism. It is not very long (not much longer than Luther’s Small Catechism) and contains 28 separate articles which set forth statements of faith concerning God; Man; Jesus; Salvation; the Church; the Means of Grace; the Public Ministry; Church Orders and Customs; Civil Affairs; and more.

Almost 500 years have passed since this document was written, and we might wonder about its application for us today. The statements of faith found in the Augsburg Confession are of great value to us in that they remind us of where we have come from. They demonstrate the work of the LORD Who preserved His Church on earth and the truth of His Word against the intrusion of false teaching and error. Also, like the Creeds of the early church, the statements of faith in this document can serve as a short summary of our faith in some of the basic teachings of Scripture. Of course, we need to understand the historical reason for this confession to begin with “why it was written and to whom “ in order to properly understand what is and, at times, what is not stated in each article.

The years between Luther’s stand at Worms and the Diet at Augsburg (1521-1530) were tumultuous years in Europe, and especially in Germany. After Luther’s unyielding stand at Worms, the church, in an effort to stomp out Lutheranism, declared Luther an outlaw and a heretic, and ordered his works burned. Stronger still, the edict of Worms signed by the  emperor, Charles V, threatened anyone who propagated or supported the teachings of Luther with the loss of all material things, and even life. 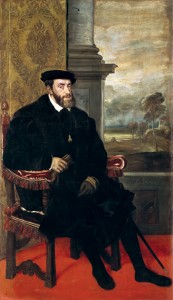 At first the edict was not enforced because Charles was busy fighting against the French. During this time the Reformation movement continued to spread throughout Germany and Europe. But in January, 1526, Charles signed the Treaty of Madrid with Francis I of France, ending the Italian War of 1521. Charles sent word to the German princes that they should prepare for the enforcement of the edict of Worms. In response the Lutheran princes banded together in a confederation known as the League of Torgau. Action against the Lutherans was postponed again when in May, after his release, Francis joined Pope Clement VII, Henry VIII of England, Venice, and Florence in the League of Cognac against Charles.

During the summer of 1526, Charles called a Diet at Spires to meet with the Lutherans. At this meeting it was resolved that every state affected by the Edict of Worms should be allowed to control its own church and civil affairs until a general Christian council could meet. This was a great victory for the Lutherans! Lutheran territories immediately began to organize churches, reorganize public worship, and set up church schools. Elector John asked Luther and Melanchthon to draw up laws to be used for church government, worship and education, and were put into effect in 1527, with other Lutheran territories following.

In May of 1527, Charles and his forces   invaded Italy and sacked Rome. Pope Clement gave in to the terms of Charles and agreed to convene a general council to deal with the Lutherans. While this was a small victory, Charles still had to defeat Francis. While Charles was preoccupied with these efforts, he put his brother Ferdinand in charge of the problems in Germany.

In 1529 a second Diet was held at Spiers, but this time the Roman Catholic forces prevailed, succeeding to reverse the policy of territorial freedom which had been granted in 1526. As a result, the Edict of Worms would be enforced after all, without the convening of a general Council. The reformers vigorously protested the actions of this diet, and   formally appealed its decisions to the   emperor himself. It is from this action that the term “Protestants” was applied.

In August of 1529, Charles defeated the French and Pope Clement promised to crown Charles as the Holy Roman Emperor. But now there was another threat “the invading Turks under the leadership of Suleiman I who were marching toward Vienna with a force of more than 250,000 men!”

Foundation of the Augsburg Confession 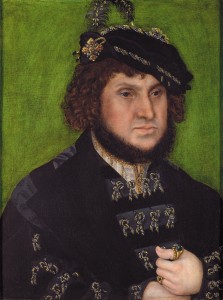 Meanwhile, under the leadership of Philip of Hesse, the Lutheran states throughout Germany and Switzerland began to unite in a political alliance. At the counsel of   Luther, Elector John of Saxony refused to join the alliance except on the basis of doctrinal agreement. In an effort to bring about this doctrinal agreement, Philip arranged for a religious conference to be held in Marburg in October 2-4, 1529.

Luther drew up 15 doctrinal points to be discussed. Fourteen of the fifteen articles were accepted by everyone present, but debate raged between Luther and his followers and Zwingli and his on the doctrine of the Lord’s Supper. This meeting marked the final division between the Lutheran and Reformed church bodies. Luther finally said, “You have a different spirit from us.”

Later in October another meeting was arranged in the southern city of Schwabach. Here seventeen articles were presented, but once again, several cities would not agree, but followed the teachings of Zwingli.

Then in January of 1530, Charles sent word that a Diet would meet at Augsburg in April for the purpose of settling this religious dispute once and for all.

In March, this word was received by Elector John at Torgau. It was suggested that the points of agreement and disagreement be drawn up, and supported by Scripture. So the elector commissioned Luther, Bugenhagen, Melanchthon and Jonas to prepare such a document. This document, called the Torgau Articles, was prepared and presented to the elector on March 27, 1530.

In April the elector and his theologians left for Augsburg to meet with others and to prepare for the diet. Luther himself was not able to attend the diet in person, since he was still under the ban of the emperor. During the diet, Luther stayed at a Castle near Coburg on the border of Saxony and corresponded with his fellow reformers by letter. During these days,  Luther wrote over seventy letters to the men at Augsburg to encourage them,   support them and give them direction.

Originally, the reformers only planned to present the abuses of the Roman Catholic Church which were contrary to Scripture. This was the purpose of the Torgau Articles written that March. But this plan was changed when they read John Eck’s propositions which attacked Luther and put Lutherans together with the false teachings being promoted by Zwingli, and Oecolampadius, and radicals like Carlstadt and others.

As a result, the Augsburg Confession was developed into two distinct parts. The first twenty one articles were formed as a   confession of what the Lutherans believed. It demonstrated how the Lutherans were different from many of these other groups, such as the Anabaptists (Articles V, IX, XVI, XVII), and the Novatians (Article XII); demonstrated that their teachings were in harmony with the ancient church (Articles I, II, III, VI, VIII, XII, XVIII), and condemned the spiritual corruption in the Roman Church (Articles XV, XX, XXI). These first twenty one articles of the Augsburg confession were written by Melanchthon at Augsburg, but were based on the 15 Marburg articles and the 17 Schwabach articles, previously prepared by Luther. These became the foundation for the first part of the Augsburg Confession. 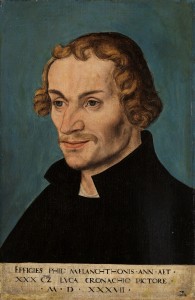 The second part of the Augsburg Confession dealt with more specific matters related to ceremonies and institutions. The final seven articles were based on the Torgau Articles, dealing with abuses in the Roman Church which had been corrected in the Lutheran churches, such as withholding the cup from the laity in the Lord’s Supper, celibacy, the sacrifice of the mass, confession, ceremonial feasts and fasting, monastic vows, and the secular power of bishops.

Confutation, called the Apology, but it was never received by the emperor. On September, 22, 1530, Charles pronounced his final verdict giving them until April 15 of the following year to submit, or be condemned as heretics and criminals.

Elector john of Saxony: “Lucas Cranach the Elder – Portrait of Johann the Steadfast 1509” by Lucas Cranach the Elder – The National Gallery. Licensed under Public Domain via Wikimedia Commons – https://commons.wikimedia.org/wiki/File:Lucas_Cranach_the_Elder_-_Portrait_of_Johann_the_Steadfast_1509.jpg#/media/File:Lucas_Cranach_the_Elder_-_Portrait_of_Johann_the_Steadfast_1509.jpg

The CLCI has requested that the sponsorship enrollment in the seminary be increased to fifty from thirty-eight. What a wonderful bit of good news, that the number of applicants warrants this. The Mission Board has approved a phased in increase over three years to fifty with one third graduating each year. ‘Bulging at the seams’ is a good description of how the seminary program has gone forward. There was even a time in the past when we argued over how to limit enrollment, which was a quagmire the Lord pulled us out of.

The graduation service held on June 15th was a celebration of God’s grace and mercy. There were twelve graduates and their ordination took place at the same time. The celebration consisted of: several sermons, singing, SS children’s song and dance, seminary graduates singing. This was the graduation service for the 17th year of the school’s operation. Around three hundred people attended. A love feast was given after the service.

On May 4th, 1998 Pastor Jyothi Benjamin began his Bible Institute program on a two-year basis at Nidubrolu. Later the training program was expanded to three years. Previously, he had tried on a part-time basis with night classes to train the men. After a three man CLC visitation from ’97 recommended full-time teaching and sponsorship support, the Mission Board gave the go ahead. By June of ’05 the enrollment was at 32 still ‘bulging at the seams.’ Not only were new men accepted, but pastors from the field who had been accepted by colloquy desired to come and study. They were welcomed for this desire to grow more in the Word.

In addition to the seminary graduates, certificates were handed out to correspondence course graduates. Three men and seven women received these. We need to praise our God that Jyothi can carry out this educational venture in addition to his other duties.

In June of 2000 the first two graduates of the seminary were Isaiah and Jacob. Jacob went out to a congregation, while Isaiah served a congregation also and was called as a part-time instructor at the seminary. He is still teaching there.

Pastor Jyothi reported, “God is good. The 2015 graduates of CLCI Theological Seminary celebrated commencement on Monday, June 15 at CLCI mission campus. We are very pleased to inform you that God has led another 12 students to complete the seminary course successfully. As graduated students, they are sure to have a great measure of satisfaction in leaving the seminary and entering into CLCI preaching ministry. These 12 men committed to the Word, dedicated their lives to do the Lord’s work in those areas with great strength as St. Paul said in the book of Philippians chapter 4: “I can do all things through Christ who strengthens me.”